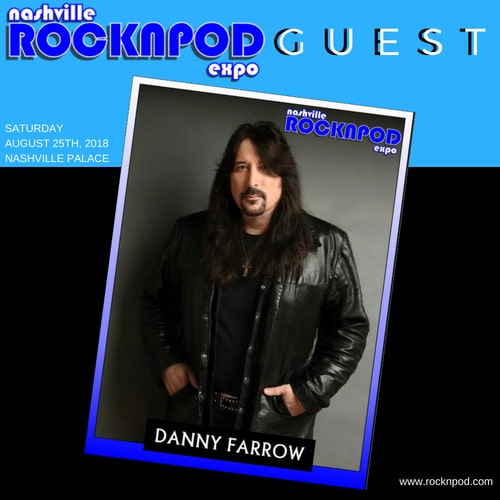 Danny Farrow to Guest at ROCKNPOD!

We’re pleased to announced that Danny Farrow will be a guest at ROCKNPOD!

Danny is a Professional Sculptor and Musician. Danny is currently the lead sculptor for Figures Toy Company and has sculpted officially Licensed figures of the Rock group KISS, DC Comic figures such as Batman, Superman, Wonder Woman,the Batman classic 66 tv show and much more.

Danny also sculpted an exclusive Toys R Us Classic Planet of the Apes Soldier Ape two pack for the company “Neca“. He was originally discovered from his realistic looking Custom sculpted figure work you can see on his Facebook page The Farrow (www.facebook.com/thefarrow). 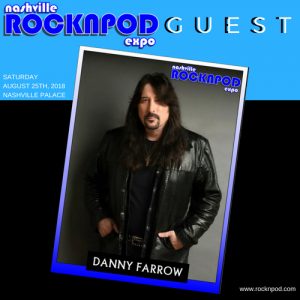 Danny is also a Songwriter and Guitarist who is best known for playing with Punky Meadows of 70s rock band ANGEL and also Co Wrote / Co Produced Punky’s first Solo Album Fallen Angel along with Punky which Charted #6 on Billboard heat seekers as well as 3 other Chart positions.

He is Currently on tour with Punky Meadows and Frank Dimino of ANGEL playing Rhythm Guitar.

Danny, along with bandmates Frank Dimino and Punky Meadows will be on hand selling merchandise and participating in an onstage panel on the history of Angel, Frank and Punky’s solo work as well as plans for the future. The panel will be moderated by Mike Williams of the Classic Rock Drops podcast.

Meet Danny Farrow at ROCKNPOD! $10.00 gets you in the door with access to the panel discussion.