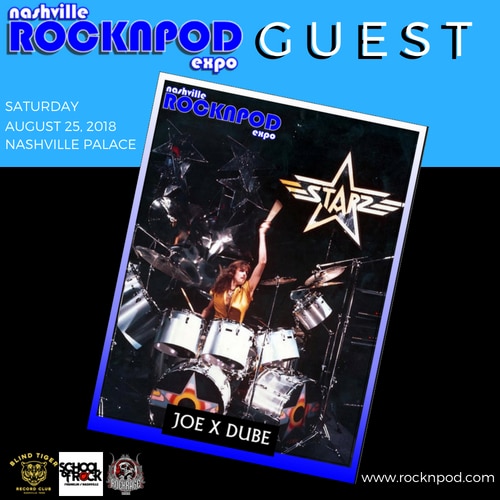 Joe X Dube of STARZ to Guest at ROCKNPOD!

We’re excited to announce Joe X. Dube will be joining us at ROCKNPOD! Joe will be part of a special STARZ panel along with band mate Brendan Harkin discussing the history of the band, their careers, and plans for the future.

Drummer Joe X. Dube (a/k/a Jeff Grob) has had a wide and varied musicalh history As an original member of the Epic Records’ recording artist Looking Glass, Dube’s first success came in 1972 with the self-produced, multi-million selling #1hit record, “Brandy (You’re A Fine Girl)”. Originally selling 3 million singles worldwide,the record went double platinum again in 2000 as a featured song in the movie and on the soundtrack for Columbia Pictures’ “Charlie’s Angels”. Recently, itwas the featured song in Marvel Studios’ film, “Guardians of The Galaxy 2”. The soundtrack album received a gold record award and was nominated for a Grammy Award in 2018. Looking Glass is currently working on a series of Christmas 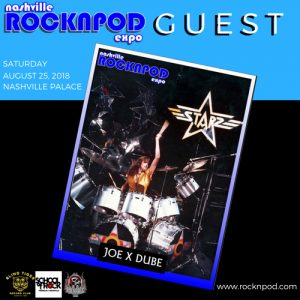 recordings for release this Fall.

Rock journalist Doug Brod, who wrote for Spin Magazine as well as many other publications and websites since 1986, is currently working on a book that discusses the four most influential rock bands based on his interviews since 1986. Wheni interviewingscores of bands through the years, Mr. Brod asked each member of each band who their biggest influences were and kept a running total. The four bands were Kiss, Aerosmith, Cheap Trick and Starz.