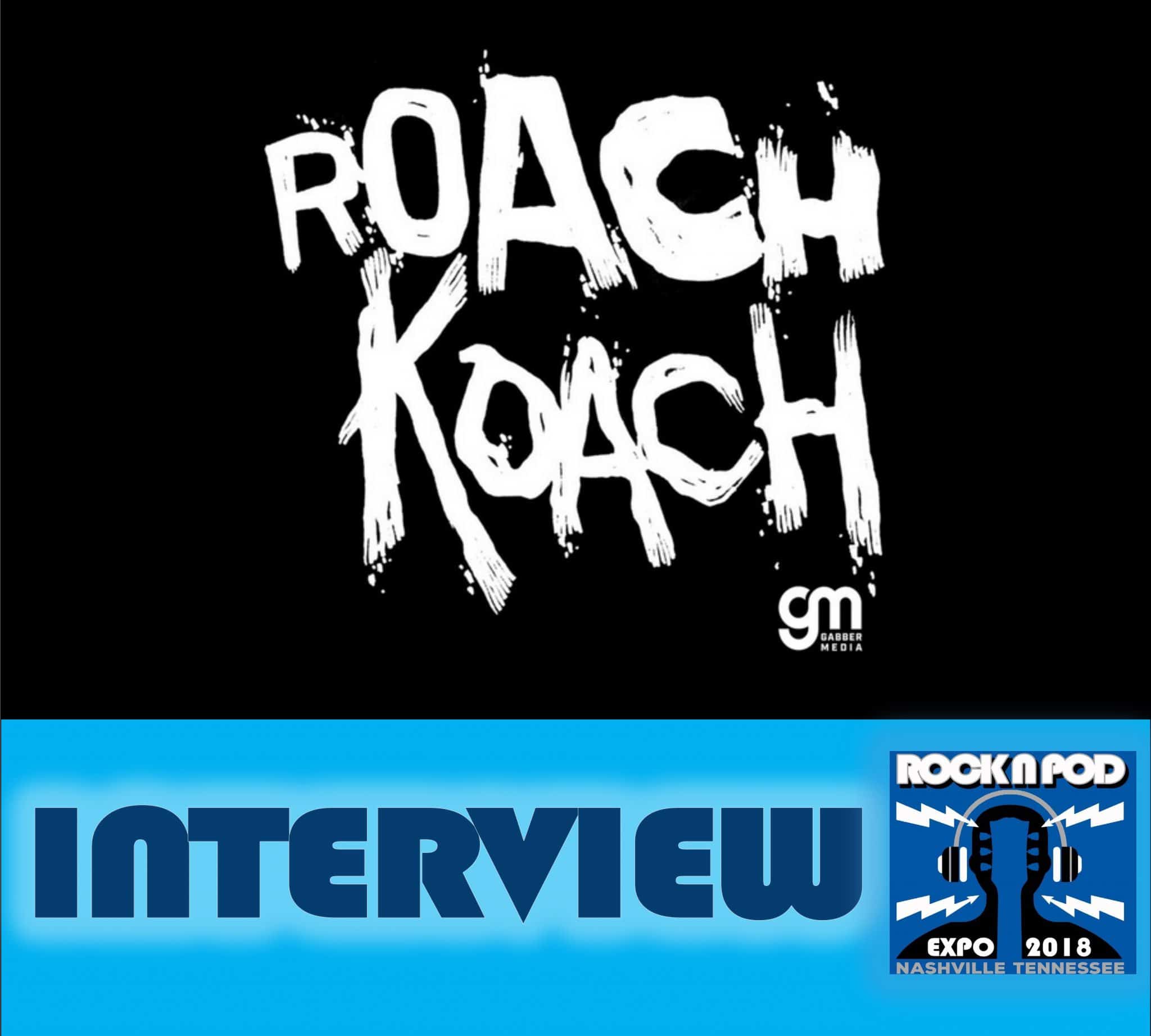 We continue our interviews with podcasts appearing at Rock n Pod this year.  This time we chat with hosts from the fantastic Roach Coach Podcast, Lorin & Jenny.

So, Roach Koach Podcast.  What is it all about and how did you start it (eg how long you been doing it etc)?

Lorin: “The Roach Koach Podcast is myself, Jennifer Bloomer, and Matt Naas. Every episode we listen to a different Nu-Metal album and decide if it belongs in the Nu-Metal Canon, representing the best and most interesting music that the genre has to offer. The impetus behind the show was that Nu-Metal is the most openly reviled genre of music currently, yet it was the most popular music in the world for a number of years, and perhaps it has more merit than people assume.  We have been doing this for over two years.“

Jenny: “I think my favorite episode is probably the first Disturbed episode. I really expected to hate this album and it was such a pleasant surprise to find out how cartoonishly fun it was. On top of it, the surprise that Lorin felt the same way was very fun, and there was something even more fun about Matt staring at us in disbelief.“

Lorin: “The first Disturbed episode is really special. I also love our My Ticket Home episode, which was a rare moment where the whole room was giddy about how great the album turned out.“

Lorin: “Josh Toomey of the Talk Toomey podcast is a friend and he had a great time at the Expo in 2017 and pushed us to sign up.“ 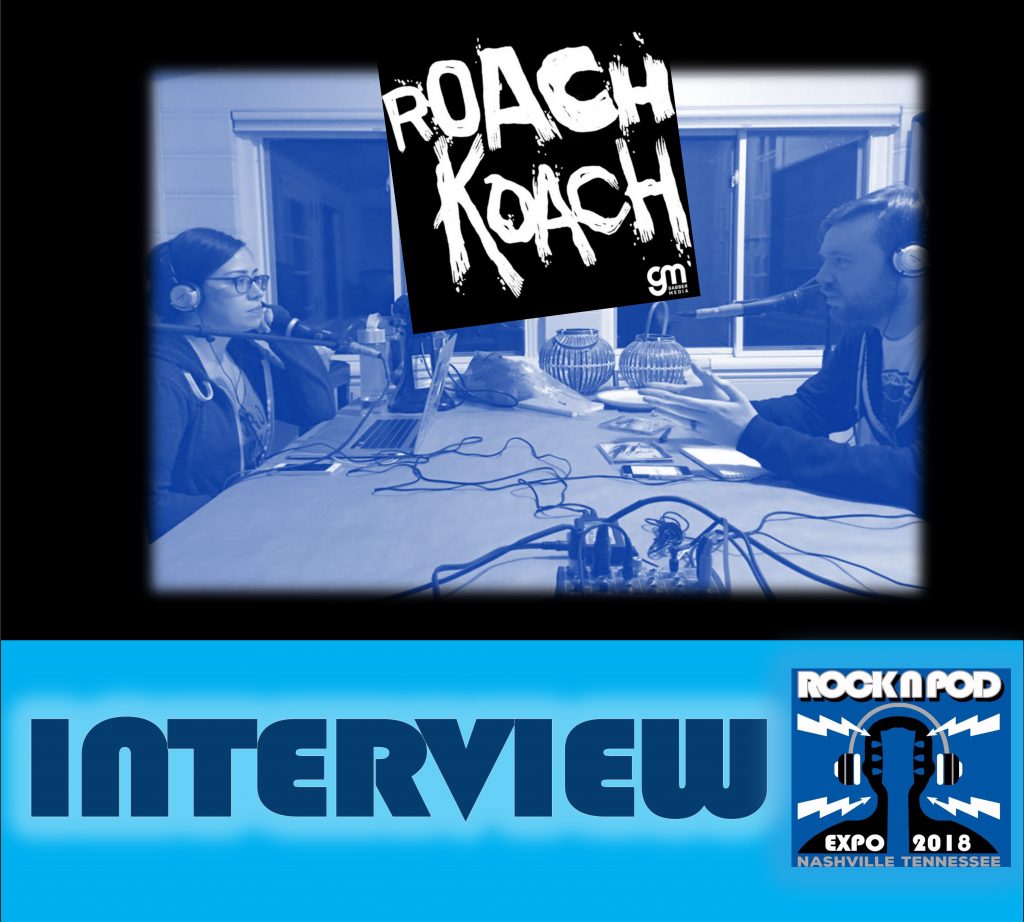 Lorin: “Meeting other podcasters from around the country, meeting in person a few of the podcasters we’ve only known over Skype and text, and of course meeting like-minded metal and rock fans who don’t know about the show but we feel would really enjoy it.“

Jenny: “I have no idea what to expect, and it’ll be fun to see what other people are creating and what they’re super into.”

Lorin: “Head from Korn is the top draw for us. Toby Wright as well, since he produced quite a few Nu-Metal albums that we’ve covered on the show.”

Jenny: “Probably Head. He’s a key player in the genre that we talk about every week, and I think he will have some really good insights and stories.“

What can attendees expect from Roach Koach – any special events planned?

Lorin: “We will be there promoting the show and willing to talk about Nu-Metal for as long as our bodies will allow.”

What would you like to achieve with the podcast?

Lorin: “Honestly, the goal has always been to give Nu-Metal it’s proper critical due, and hopefully realize that it is more than just a guilty pleasure. Every time I tell someone about the show they have some kind of Nu-Metal memory, be it a Korn CD that an ex used to play all the time or a concert they went to where the mosh pit got out of control. Everyone was touched by Nu-Metal.“

Jenny: “I don’t really have an achievement in mind. My goal, which may be different from Matt and Lorin, is just to go for the ride until the ride stops.“

Jenny: “The best thing about podcasting is having a document of good times had with friends, and interacting with listeners. Our listeners are incredible and respectful and are willing to share stories about their lives and memories beyond a surface level that you might expect. It’s like a community of people getting to know one another and sharing an experience, and I love that.“

Lorin: “Scheduling and editing. You gotta do em, but they can be a drag.”

Jenny: “Sometimes it’s a grind. Listening to the albums three times can be trying, depending on what it is.”

Jenny: “Ross Robinson would be my dream. Outside of respecting his work as a producer and wanting to ask a million questions about his techniques, I think he’s on a really cool spiritual/self-improvement path. I think talking with him would be enlightening and entertaining.“

Thank you, Roach Koach!  We wish you all the best and hope you enjoy Rock n Pod!