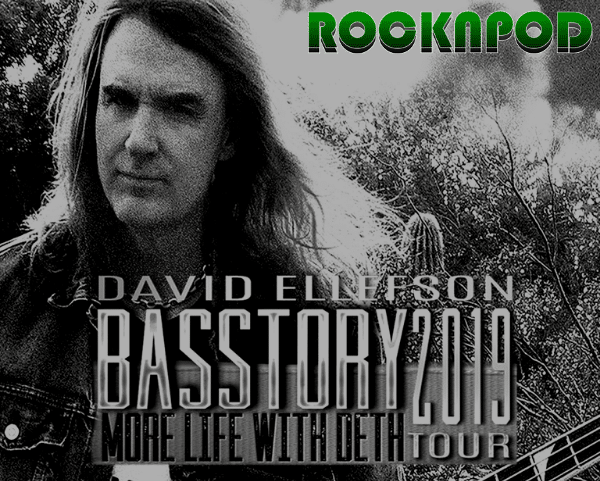 Following his appearance at the Nashville Rocknpod Expo on Saturday August 10th where he and EMP Label Group partner Thom Hazaert will be meeting fans and moderating some music business panels, David Ellefson will take over the venue for a special Basstory Show and Jam with several Nashville pro players. 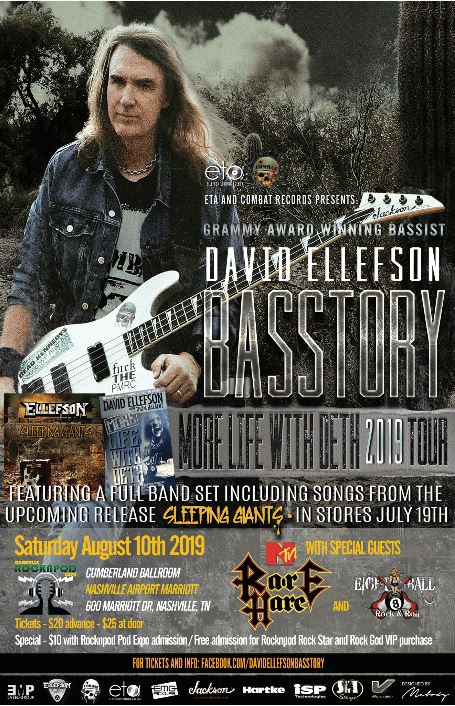 The show will feature a Q&A/discussion, with co-author and partner Thom Hazaert, about Ellefson’supcoming memoir MORE LIFE WITH DETH, in stores 7/16 via Jawbone Press, and a full live-band set including songs from the companion album SLEEPING GIANTS, in stores 7/19 via COMBAT RECORDS.

Performing with Ellefson will be Hazaert, who handles vocals on the newly recorded tracks from Sleeping Giants.

Featuring cover art by Melody Myers (Altitudes and Attitude, Marc Rizzo, Escape The Fate), SLEEPING GIANTS will be a retrospective featuring several new tracks recorded by Ellefson and Hazaert, plus a collection of demos, and unreleased material, from F5 and David’s other projects, including the unreleased demo “If You Were God”, featuring John Bush (Anthrax, Armored Saint), plus several unreleased demos featuring House of Lords/Giuffria vocalist David Glen Eisley. The CD version will also include a second bonus disc, featuring a compilation of EMP and COMBAT RECORDS Artists.Produced by Ellefson and Hazaert, with additional production from ICON guitarist John Aquilino at the Platinum Underground in Phoenix,

Following the Basstory set, David will jam on some metal classics with several Nashville pro musicians. This portion of the evening is part of the Rare Hare series organized by Nashville musician Tyson Leslie and features a gathering of the finest touring, session, and working musicians to perform non-overplayed Metal.

Rocknpod Rock Star VIP and Rock God VIP get FREE ADMISSION to Basstory and will also receive an autographed poster from David Ellefson and Thom Hazaert.