We’re thrilled to announce that ACCEPT drummer Christopher Williams will be joining us at ROCKNPOD 2020! 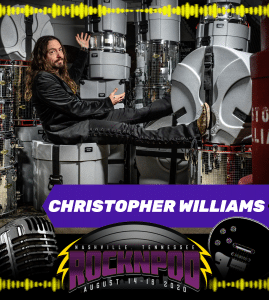 Some of the Artists/Groups he has worked with include:

signs of slowing down.

To hear more about Christopher Williams and his backstory click on the links below to interviews conducted by Ages of Rock Podcast and Decibel Geek Podcast.