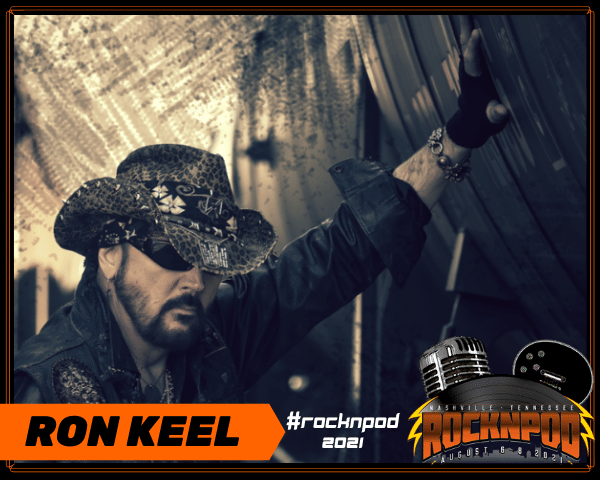 RON KEEP IS BACK FOR MORE

We’re excited to announce that Ron Keel will be joining us for the ROCKNPOD Expo!

From that first Steeler album to his current work with Ron Keel Band, Ron Keel’s career in entertainment has taken him from the concrete jungles of arena rock to the dirt roads of country music. While selling millions of albums and touring the world as both a heavy metal screamer (KEEL, Steeler, and a brief encounter with Black Sabbath) and a country music artist, Ron’s solo album “Metal Cowboy” combined both genres, establishing a style and a persona which captures the heart and personality of this rock n’ roll outlaw.

​​​​The show features the classics from “South X South Dakota,” all the Keel hits such as “The Right To Rock,” “Because The Night,” “Tears Of Fire” and “Rock N Roll Outlaw.” Ron Keel Band is also booking select “Southern Rock Celebration” shows which focus on that style.

Ron Keel will be on hand at the expo to sign autographs, take photos, and do interviews with some of the podcasts recording on-site at the ROCKNPOD Expo taking place Saturday, August 7th at Hilton Nashville Airport.