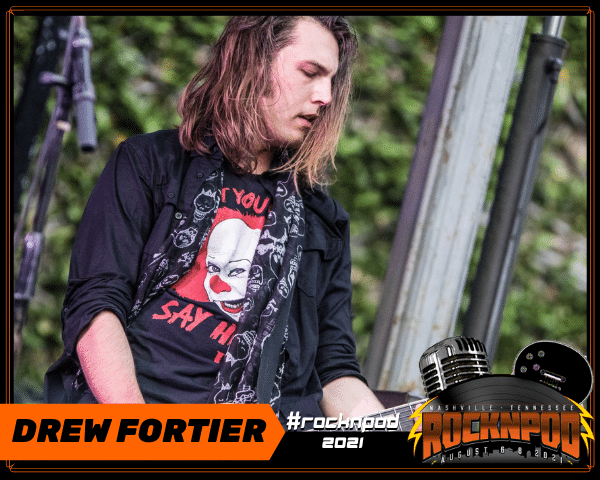 We’re excited to announce that Drew Fortier (Bang Tango / Zen from Mars) will be joining us for the ROCKNPOD Expo!

He is also the writer, director, and star of the upcoming found-footage horror film Dwellers which is being produced by Thom Hazaert and Grammy award-winning Megadeth bassist David Ellefson via their Ellefson Films banner. He is the co-author of Rock Star Hitman: The Sledge Chronicles released on Ellefson Books.