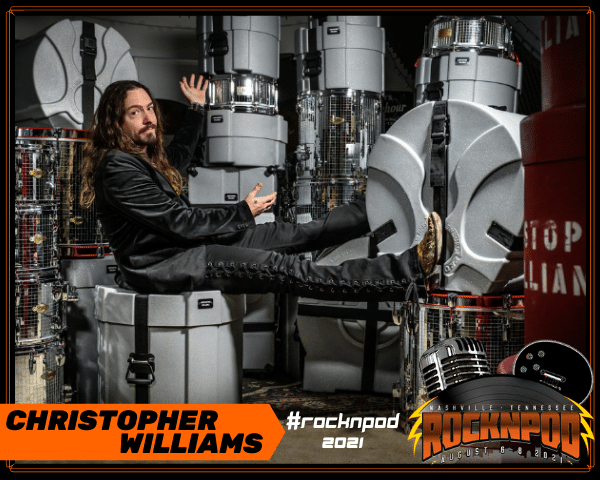 We’re excited to announce that Christopher Williams (ACCEPT) will be joining us for the ROCKNPOD Expo!

Some of the Artists/Groups he has worked with include:

ACCEPT just released their new album ‘Too Mean to Die’ on January 29th.

To hear more about Christopher Williams and his backstory click on the links below to interviews conducted by Ages of Rock Podcast and Decibel Geek Podcast.

Christopher Williams will be on hand at the expo to sign autographs, take photos, and record with some of the podcasts on-site.