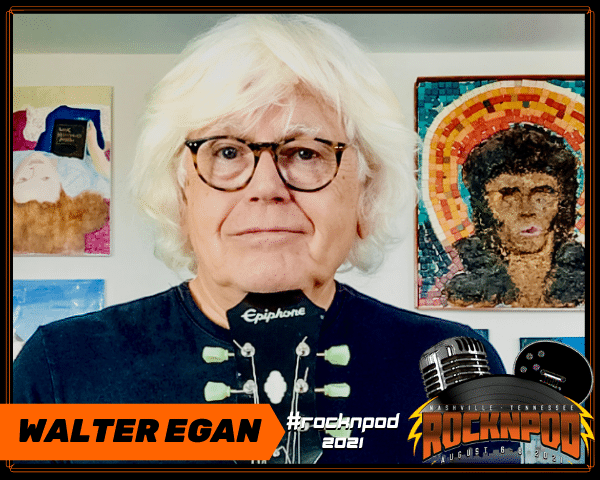 We’re excited to announce that Walter Egan will be joining us for the ROCKNPOD Expo!

Walter is a musician, singer, composer, writer, artist, sculptor, and general Renaissance man who is most widely known for his 1978 million-selling single record, “Magnet and Steel,” featured on his album Not Shy (Columbia).

Almost three decades later, Walter’s signature song is a staple on the radio, and can also be heard in feature films and on television. Meanwhile, he has continued to make original music as both a prolific individual artist, with a total of eight solo CDs to his credit, and as a member of performing and recording bands including the Malibooz and the Brooklyn Cowboys.

2002 was a year of noteworthy accomplishments for this enduring talent with the release of three new CDs: Apocalypso Now (Gaff Music), which showcases some of Walter’s latest songs; Beach Access with the Malibooz (Pier Group Records), a classic surf music band that helped to pioneer the genre; and Dodging Bullets with the Brooklyn Cowboys (Leaps Recordings). The Meaning of Live, a compilation of Walter’s live performances from 1978, has just been released, along with a CD that features all of the songs from Walter’s first two Columbia LPs, Fundamental Roll and Not Shy.

Today, Walter Egan continues to write, produce, and record new music (check out his two new songs in the MP3 downloads section below) and perform live around Nashville and nationally.

Walter Egan will be on hand at the expo to sign autographs, take photos, and record with some of the podcasts on-site.