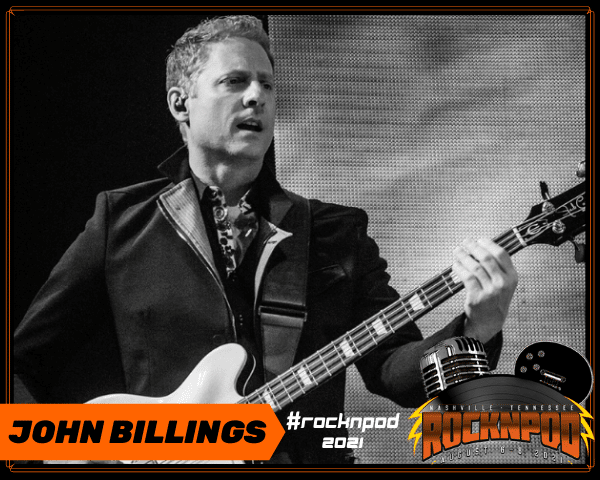 We’re excited to announce that John Billings (Monkees/Rick Springfield) will be joining us for the ROCKNPOD Expo!

John Has a deal with Epiphone and has been playing the Epiphone Thunderbird Vintage Pro along with his trusty blue Jack Casady bass as his weapons of choice. Currently endorsed by Epiphone, Trickfish Amplifiers, and D’Addario.

John will be at the 2021 ROCKNPOD Expo taking place Saturday August 7th at Hilton Nashville airport where he’ll meet fans, sign autographs, and record interviews with several of the podcasters that will be on-site.