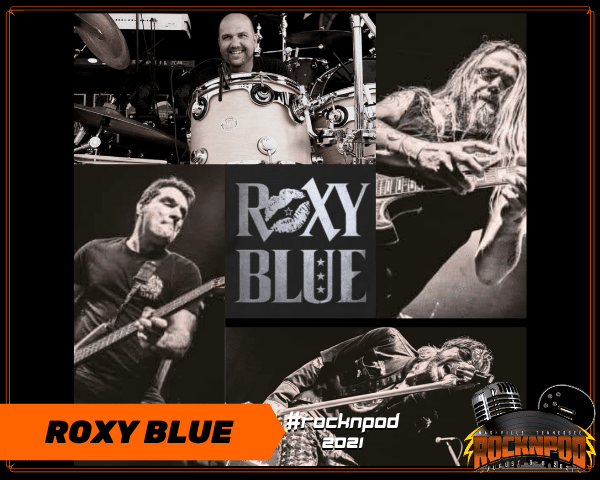 We’re excited to announce that Roxy Blue will be joining us for the ROCKNPOD Expo!

Roxy Blue is an American rock band that was formed in 1989 in Memphis, Tn.  by singer/guitarist Todd Poole. Poole joined forces with GTI graduates Sid Fletcher (guitar) and Josh Weil ( bass). Soon to follow was drummer Scott Trammell ( aka. Scotty T. ) to complete the outfit. The music scene in Memphis at the time was blistering hot and Roxy Blue wasted no time getting in the middle of it.

Opening for any and every band they could they soon developed a following which led to them headling their own shows.  The band started tracking demos with producer Niko Lyras hoping to bring their live energy to tape. Within a year the band started creating a buzz and getting some label interest. Jani Lane ( Warrant ) saw the band play live in Memphis and was impressed by what he saw and decided to help the band by creating an even bigger buzz. With the help of their attorney Jim Zumwalt they soon landed a recording deal with Geffen Records.

Unfortunately in 1994 the band split and went their separate ways. Poole went on to be the drummer and founding member of the rock band Saliva. Also touring playing drums for his father-in-law Jimi Jamison ( Survivor )  Weil played bass for the rock band Dust For Life. The two have rejoined to keep Roxy Blue going. Recently signed to Frontiers Srl , the band released their first album in 27 years simply titled Roxy Blue in 2019 to rave reviews.