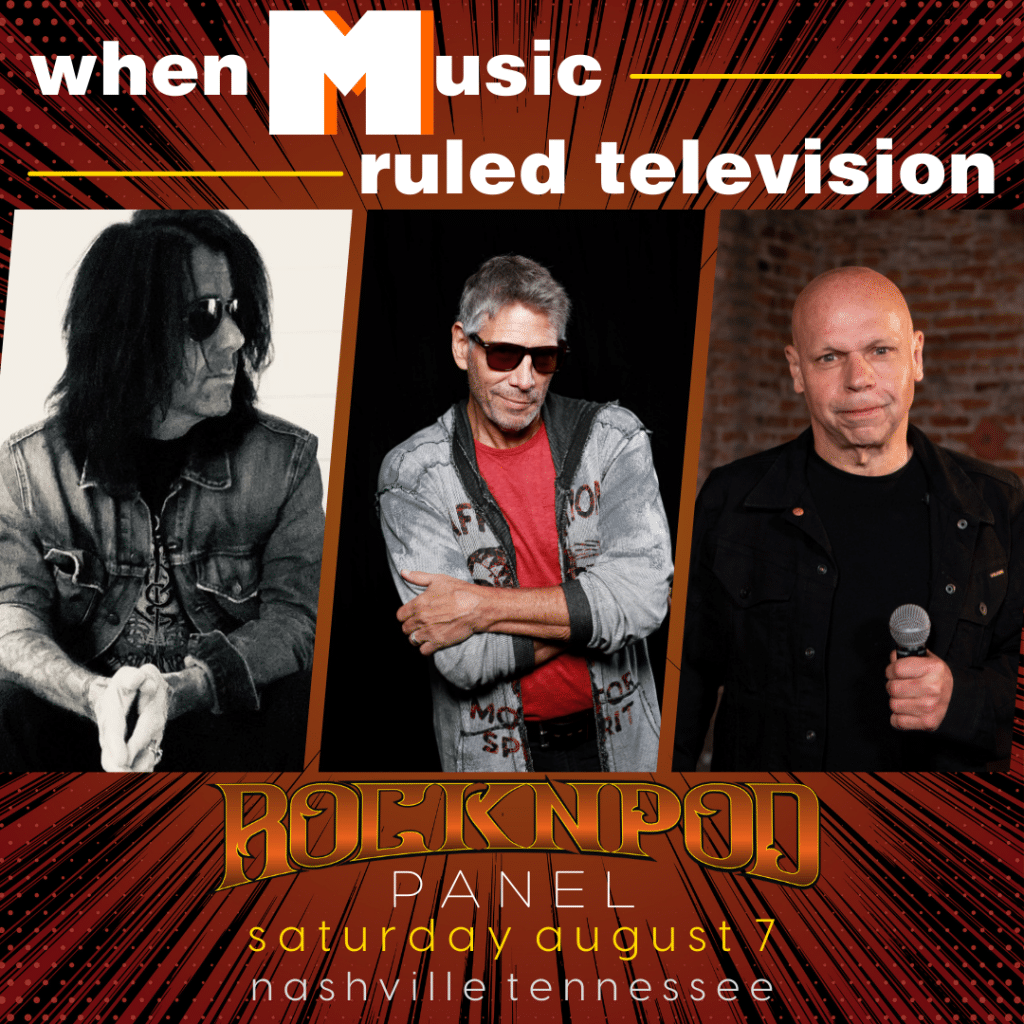 MTV will turn 40 in the first week of August 2021. The then-music video network launched August 1, 1981. On August 7, 2021, former MTV VJ’s Mark Goodman, Riki Rachtman, and Matt Pinfield will take part in ‘When Music Ruled Television’; a stage panel discussion taking place at the ROCKNPOD Expo in Nashville. Each will reflect on their time with the network, share behind-the-scenes stories, share their thoughts on MTV’s evolution, and update the live audience on current and future projects.

Goodman, Rachtman, and Pinfield will be on-site at the ROCKNPOD Expo to meet fans, interview with a number of podcasters, and more.

The ‘When Music Ruled Television’ panel is one of many panels and live podcasts slated to take place at ROCKNPOD Expo. Other panels include a ‘Women Who Rock’ panel that features Pamela Des Barres and others, as well as a discussion panel of the making of David Lee Roth’s ‘Eat ‘Em & Smile’ album featuring band members Billy Sheehan and Gregg Bissonette.

ABOUT ROCKNPOD EXPO: ROCKNPOD Expo, started in 2017, is an annual convention that brings together rock artists, music podcasters, fans, and vendors for an event that celebrates the history and future of rock and metal music. ROCKNPOD serves as a tradeshow between rock artists and music podcasters. Featuring dozens of podcasters from all over North America conducting hundreds of interviews with featured celebrity guests, ROCKNPOD is an important meeting place for podcasts to generate content as well as a beneficial promotional opportunity for rock artists in attendance. Additionally, ROCKNPOD serves as a fan convention; providing entertaining panels, acoustic performances, and live podcast interviews for fans in attendance as well as signing sessions and multiple music-related vinyl and memorabilia dealers.