GUESTS APPEARING AT ROCKNPOD IN 2023 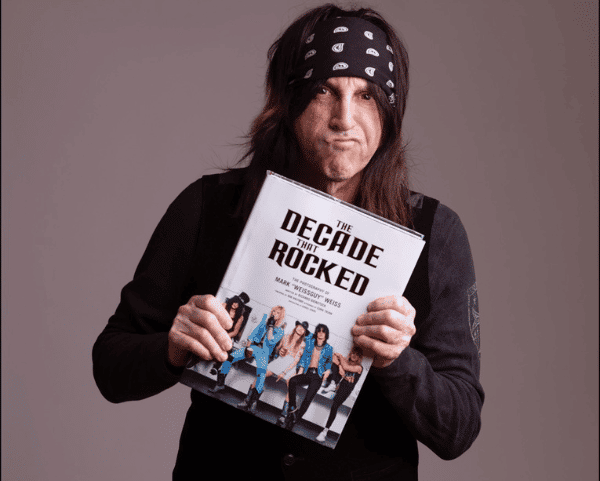 Mark’s first book, The Decade That Rocked was published by Insight Editions and distributed by Simon & Schuster in June 2020; five years from its inception. Weiss was excited to hit the road and begin an extensive world book tour to promote the long-awaited book. All had changed when Covid arrived; Weiss needed to change his course of action; he spent his time at his computer promoting his book through online interviews and social media. Mark did manage to have his long-planned book release event at The Monmouth Museum where his photographs were exhibited.

Foreword by Rob Halford of Judas Priest and Afterword by Eddie Trunk with countless sentiments from the rock stars showcased in the book. Published in French, Portuguese, and recently this year in Italian and continues to be on the top of the Amazon Heavy Metal best-selling books chart in the US; with over 1200 five-star reviews. Since the release of his book, Mark has been inducted into the Album Cover Hall of Fame as well as the Metal Hall Of Fame, with the induction being made by Twisted Sister’s frontman Dee Snider. Featured reviews include Rolling Stone, Spin, The Washington Post, and The Daily Beat overseas… 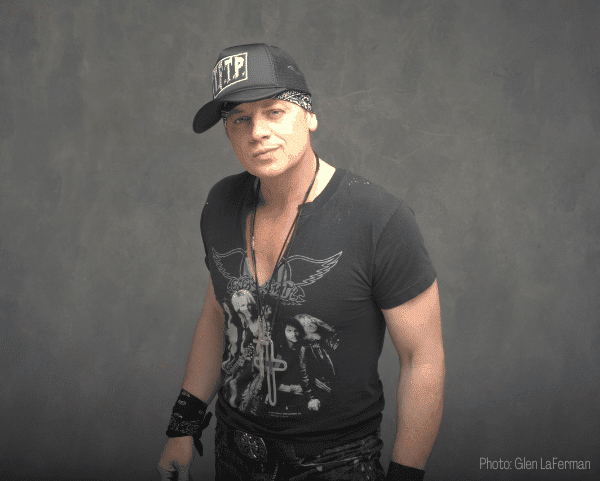 Stevie is the lead singer of Tuff where he replaced Jim Gillette on vocals in 1987. They debuted with Rachelle in August 1987 as a support group for Warrant at the Roxy . Tuff would release ‘What Goes Around Comes Around’ in 1991 as well as ‘Religious Fix’ in 1995 as well as appear on several compilations over the years. ‘What Goes Around Comes Around’ was recently released as a remix on RLS Records.

Wayne’s World 2 (1993), The Decline of Western Civilization Part II: The Metal Years (1988), and The Stöned Age (1994) are some of his acting credits. Rachelle is also the founder of the metalsludge.tv site, dedicated to the hair metal scene of the eighties, and is also the producer and owner of the independent record label RLS Records (Record Labels Suck).

Solo, Rachelle has done 3 albums, and performed tracks on several "tribute" albums. He has also appeared on eight albums for the glam rock band Shameless. 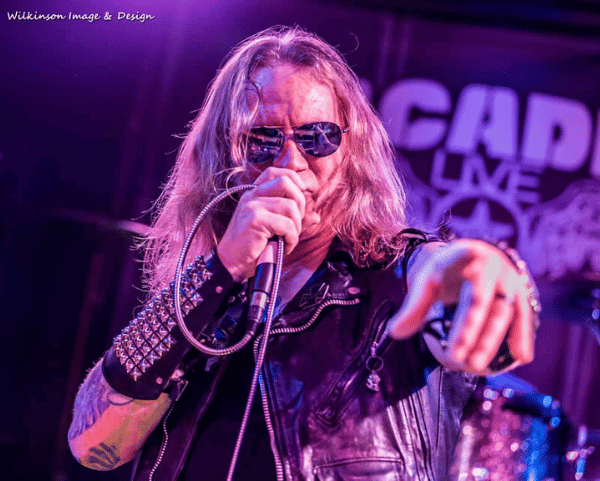 Jason McMaster is a vocalist, bassist, songwriter, producer, artist, rock and metal enthusiast, and an ordained, non-denomination minister known by friends and fans as “Pastor McMaster from the Church of Disaster.”

Always busy with a multitude of projects, he is best known for fronting progressive metal pioneers Watchtower, as well as nasty Texas rockers Dangerous Toys and kick-in-the-face riff raffers, Broken Teeth. McMaster has two gold-record sales awards with Dangerous Toys; has been inducted into the Austin Chronicle’s Austin Music Awards Hall of Fame three times for achievements and lifetime contributions to the music community as a member of Watchtower, Dangerous Toys and solo performer; and has a star on the South Texas Music Walk of Fame in his hometown of Corpus Christi, Texas. For news, discography, photos, merch and more, visit jasonmcmaster.net 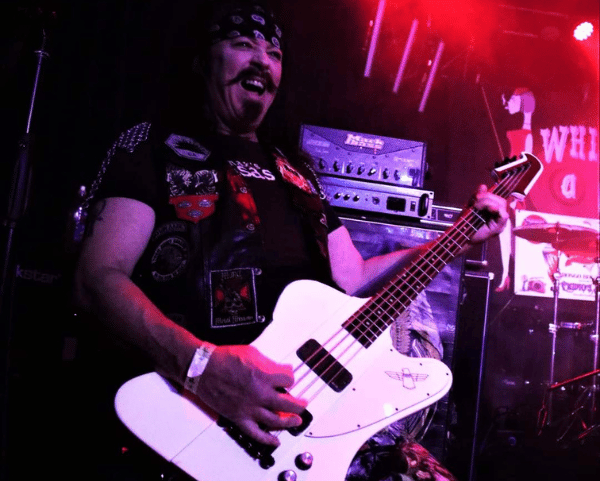 RiK FOX, "The Winged Knight of Heavy Metal", a veteran of the mid-1970s New York City Max's Kansas City and CBGB'S rock scene and the New Jersey club circuit, at the request of Blackie Lawless, to audition for his band Sister, Rik Fox arrived on the Los Angeles rock scene in February 1982, just in time to ride the wave of greater notoriety after becoming the bassist for what became WASP and recording with and naming the band, before moving on, and building his chops with Warlord, before making his Los Angeles debut with the legendary seminal cornerstone Heavy Metal band Steeler, with Ron Keel and Yngwie Malmsteen.

Rik recorded on the now-classic Steeler album, before moving on with his own band SIN, on the threshold of becoming the "next big thing" amongst the L.A. scene bands, before succumbing to disintegration at the unscrupulous hands of their producer and management.

In the late 1980s, Rik pressed on performing and recording with Surgical Steel, while performing twice, as a guest with Ronnie James Dio, Sam Kinison and KISS 's Mark St. John, among many others before moving on to a hiatus in the 1990's and worked in the Hollywood film industry with many stars, while simultaneously participating in "Living History" events and Renaissance Fairs, creating the first officially acknowledged representation of his noble, ancestral Polish Winged Hussar knights, in the U.S., making U.S. History.

Keeping busy, Fox served five years (1995-2000), as a Communications NCO in the California State Military Reserve, and is currently an active First Responder member of CERT (Community Emergency Response Teams), under FEMA and DHS, as well as a licensed Security Enforcement Officer and a licensed Ham Radio operator.

Rik re-entered the music scene in 2012, and began doing guest spots in 'All-Star' jams with various bands in the Southern California music scene, including a guest appearance with his former Steeler bandmate Ron Keel at The Whisky a Go-Go, culminating in the seeds of what would eventually become the formation of the Steeler reunion during 2019's KEELFEST, held at The Alrosa Villa club in Columbus, Ohio, forever shutting down the rumors that any Steeler reunion was a just pipe dream and never perform together again… 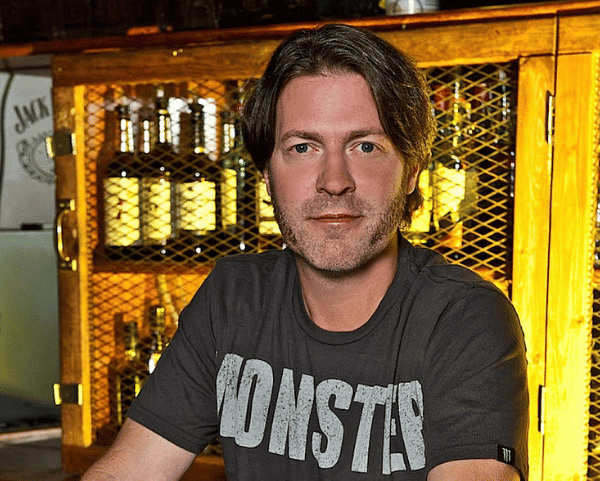 Don is best known as co-host of VH1 Classic’s hit heavy metal talk show series, That Metal Show where legends of rock hang out to discuss their past and current projects in front of a live studio audience. He also co-hosted Beer Money, a fast-paced, non-traditional sports quiz show airing on SNY (SportsNet NY) and is currently hosting his own rock/comedy hybrid That Jamieson Show on CompoundMedia.com.

Amongst his many accomplishments, Jamieson’s 3 stand-up CD's 'Live & Hilarious’, ‘Hell Bent For Laughter’ and ‘Communication Breakdown’ on Metal Blade Records all hit the Top 20 on iTunes and Top 10 on the Billboard comedy charts. He is proudly sponsored by Monster Energy Drinks and True Religion clothing. Jamieson’s proudest moment is becoming an Emmy Award-Winner for his work on HBO's 'Inside The NFL’.Don and long-time comedy partner, Jim Florentine, lent their brand of humor to the popular sports show; writing, producing, and performing sports-themed comedy sketches. The two have also collaborated on the hidden-camera DVD and Comedy Central web series, 'Meet The Creeps' as well as a series of prank-call CD's, 'Terrorizing Telemarketers’, heard regularly on the SiriusXM comedy channels. He also spent many years as Andrew Dice Clay’s steady opener.

Don's stand-up act brings his everyday take on life with an added dash of sarcasm for good measure. He’s able to make people laugh at things they wouldn’t normally laugh at and then laugh again at that realization.

Besides performing in comedy clubs and theaters all over the country he also performs stand-up on rock tours and at rock festivals such as Rock On The Range, Monsters Of Rock Cruise, and Metallica’s Orion Music + More Festival where he was introduced by drummer Lars Ulrich. 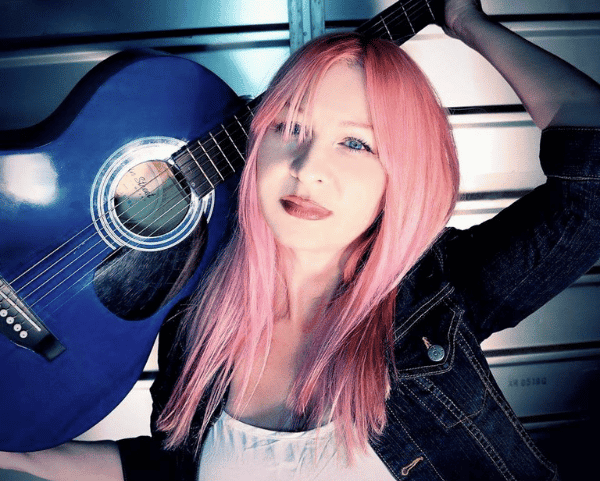 Samantha is best known for her voice-over animation work in 1980s Cult Classic cartoon series “Jem and The Holograms” as the speaking voices of Jem and Jerrica Benton.

Samantha was nominated for a "Young Artist award" twice for "Exceptional young actress in animation, series, specials, or film features" also nominated for her performance in "Best animated series". Other voice-over credits include guest-starring on the original Transformers cartoon as "Ariel" in the classic Transformers episode "War Dawn" and in other episodes playing the role of "Elise Presser". Samantha was also cast as the voice of a young Peter Pan's mother in Steven Spielberg's feature film Hook as well as doing countless on-camera and voice-over TV and radio commercials. She also played the role of Debbie in the 1987 thriller film Summer Camp Nightmare.

Samantha is currently working on a brand new animated series in development called "End Times" as the Synergy-type AI voice of Sola. 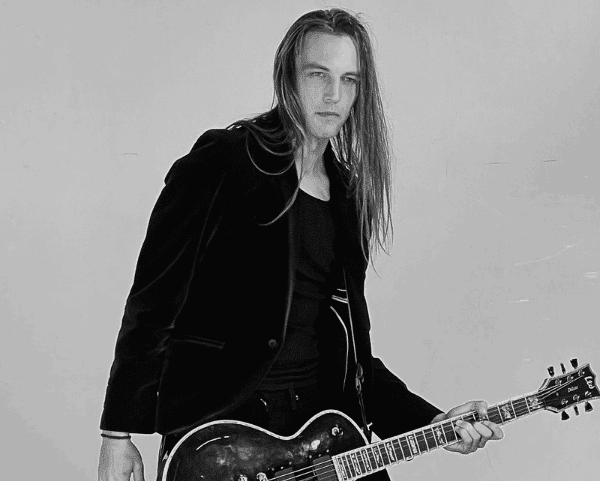 Fortier established himself as a multi-faceted creative force by way of directing the critically acclaimed rock documentary 'Attack of Life: The Bang Tango Movie' followed by joining Bang Tango as a guitarist which led him to write 'Dark, Depressing, and Hilarious'; a sarcastic and sardonic memoir about his eclectic experiences cutting his teeth in the music business up to that point which also included joining the solo band for now late Faith No More front-man Chuck Mosley.

After taking a left turn into acting, Fortier co-starred in the low-budget cult horror film 'Her Name Was Christa' which has been critically acclaimed as being 'the most romantic necrophilia love story ever told'. In 2021, he went on to portray a fictionalized version of himself in the critically confused but award-winning zero-budget found footage horror film Dwellers which has been described as C.H.U.D. if it were shot like The Blair Witch Project. Fortier will also be appearing in the upcoming horror films Trivial, and Dementophobia. 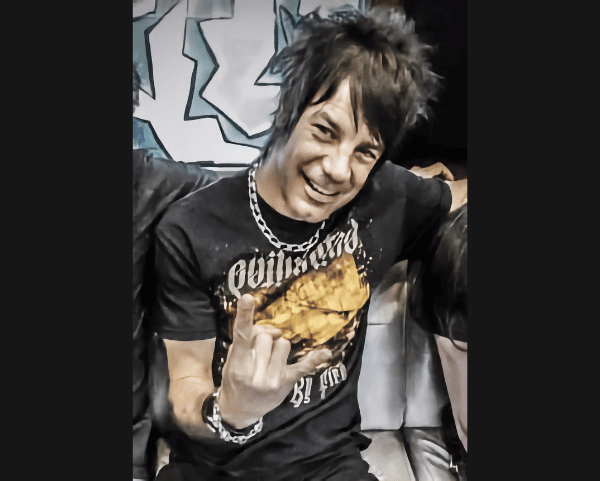 In three decades as a music journalist, “Metal Dave” Glessner has interviewed some of the biggest names in rock, including Ozzy Osbourne, Metallica, KISS, Van Halen, and countless others. A native of San Antonio, Texas, and longtime resident of Austin, Glessner has been a regular contributor to such magazines as Metal Edge, Classic Rock, and Texas Music as well as the San Antonio Express-News, the Austin American-Statesman, the Houston Press, KNAC.com and others. Today, Glessner is the founder of the rock blog site, 2Fast2Die.com, where he shares his archived interviews, photos, and random thoughts on all things hard rock, glam-metal, punk, and thrash. 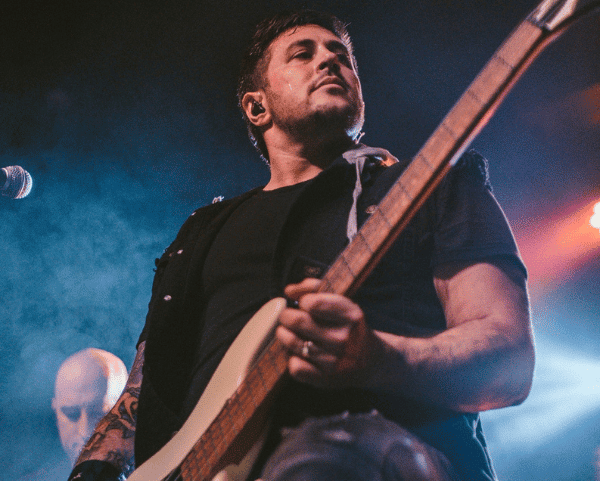 Matt Deis is the current bass player of the Massachusetts-based metal band All that Remains. Deis started playing with All that Remains originally back in 2002 and performed on their 2004 album “This Darkened Heart”.

At the age of 20, he left All that Remains to join Pennsylvania-based rockers CKY and spent the next fifteen years writing, recording, and touring with the group. In 2018, Deis relocated to Nashville, TN, and started collaborating with a number of country, pop, and rock artists, including a run as the bassist of Thompson Square.

In early 2022, Deis rejoined All That Remains as they embarked on a 53-date North American tour and are currently in the process of writing and recording for their latest album.

All That Remains / CKY 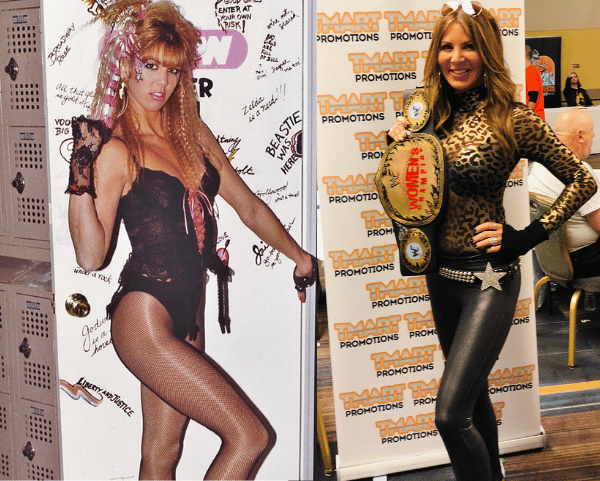 Jeanne Basone is a professional wrestler, actress, model, and stuntwoman best known by her ring name Hollywood in the women’s wrestling syndicated television show G.L.O.W., Gorgeous Ladies of Wrestling. Basone was the first G.L.O.W. girl hired, and the only one to appear in all episodes of the show, from the pilot through the final season. She and her co-stars were recently honored by the Cauliflower Alley Club, a fraternal professional wrestling organization, for their achievements in helping break the glass ceiling in the sport.

After G.L.O.W., Basone continued to compete on the independent circuit. She appeared in several all-female wrestling promotions including CRUSH, Beauty Slammers, and Hottest Ladies of Wrestling. She currently owns her own production company, Hollywould Productions, and travels around the world for appearances, comic conventions, and fan meet-and-greets.

Basone has appeared in numerous television series and films as an actress and stuntwoman, Basone has been featured on the cover of magazines, and even had a comic book created for her.

In 2017, NETFLIX debuted a fictional series about her rise from anonymity to worldwide fame called GLOW.