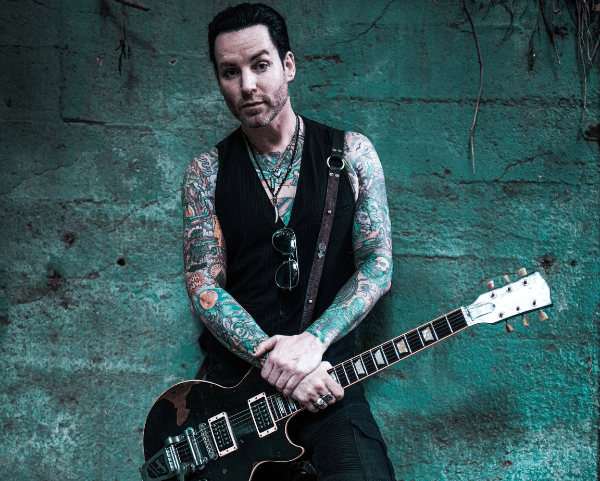 Ace Von Johnson is a Los Angeles native, most recognized for his tenure as the guitarist in renowned Hollywood rock bands Faster Pussycat (lead guitar 2010-2019), and L.A. Guns from 2018 onward, as well as performing in contemporary synth-rock band Neon Coven.

He set about his musical career in his late teens; touring internationally in a number of groups, including notable punk bands Madcap, The U.S. Bombs, Unwritten Law, and legendary NYC hardcore band Murphy’s Law.

Ace has also been involved in a variety of session work, with a diverse array of artists ranging from pop sensation Tiffany to Finland’s The 69 Eyes, Michael Jackson’s “Michael” sessions, and many more.

Outside of his role as a musician, Ace is an accomplished voice actor and a passionate dog rescue & pitbull advocate.