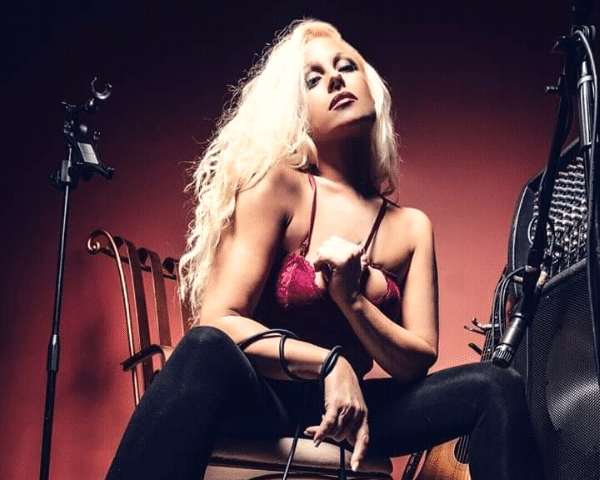 Singer. Songwriter. Actress. Equestrian. Philanthropist. All of these words describe Alena Rae, but nothing comes close to capturing the full range of talent, heart and soul of Nashville’s hottest rising star.

Just don’t call her a diva. Alena’s what other divas wish they could be if they had enough guts and thick skin. She and her band ground it out in smoky clubs and dive bars for years before catching on with radio stations and fans. They built their following the hard way; one listener at a time, one spin at a time, one interview at a time with any station that would have them on. Along the way, they were kicked around, lied to and cheated, but they kept going, because they believed in the music and they believed in the fans.

Originally hailing from Seattle, Washington, Alena grew up on the back of a horse, showing under her mother’s tutelage at events around the country. The strong connection with animals inspired her connection with music as a way to communicate emotionally, instinctively and with complete honesty. You can hear it in her songs- at times heart-breaking as an orphaned foal, at others joyful as a proud stallion. But every time, straight from the heart.

Even with all the current success, Alena still finds time to run a professional show horse facility in the Nashville area, where she also writes and rehearses with the band. It’s a world she’s built through her own grit and determination; a world full of love, life, and best of all, music.

But her passions don’t stop there. She’s also committed to the fight against cancer. Alena frequently donates her time, talent and money to several organizations who are working to find the cure. Like so many of us, her life has been affected by friends and families suffering from this disease and she’s committed to making cancer a thing of the past.

Yet another passion is one with direct and personal relevance–helping those suffering from spousal abuse. From her own personal struggle with this issue, Alena knows how important it is to get help, and how hard help is to find sometimes. She devotes her craft to several important organizations for spousal abuse victims. Her own struggle is reflected in her single, “Fool Me Twice”.

So with all this going on, who has time for anything else? Alena, of course. She also has a steady schedule of acting gigs, appearing in everything from Dodge Ram commercials to Kid Rock videos to independent films.

Alena is currently working with former Autograph guitarist Steve Lynch in Project 2:22. Steve and Alena will both be joining us as guests at ROCKNPOD in 2020.