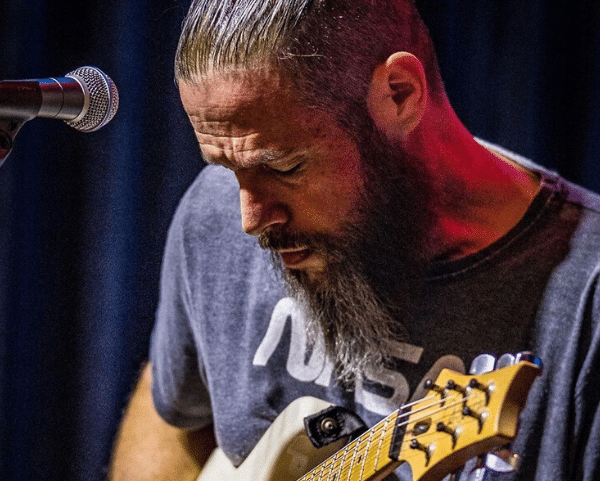 Hailing from Miami, Saigon Kick was formed in 1988 by Bieler and vocalist Matt Kramer along with bassist Chris McLernon and drummer Phil Varone. They gained a following on the local club scene and generated enough of a buzz to be signed to Third Stone records in 1990, and they released their first album in 1991.

Their second album, The Lizard, released in 1992 spawned the band’s biggest hit single, “Love Is on the Way“, which garnered initial airplay on South Florida’s WSHE.  They toured from summer 1992 to spring 1993, enjoying gold status sales for The Lizard.

Later releases for Saigon Kick include the underrated Water as well as Devil in the Details. Jason has also played in other bands, including an early touring version of Talisman and Super TransAtlantic, which also featured several other Saigon Kick members and Extreme bassist Pat Badger. He released a solo album in 1998 titled Houston, We Have a Problem on his own BVB records label.

After the demise of Super TransAtlantic, Bieler and his brother Aaron founded Bieler Bros. Records based in South Florida.

A post-apocalyptic troubadour with a penchant for the sonically grotesque. Listen on Spotify https://spoti.fi/2z5twuE  or Bandcamp https://bit.ly/2janQsE Guitarist, hand model, songwriter, amateur surgeon, quipster, director of frivolity & music freak.  You can also follow him on facebook.