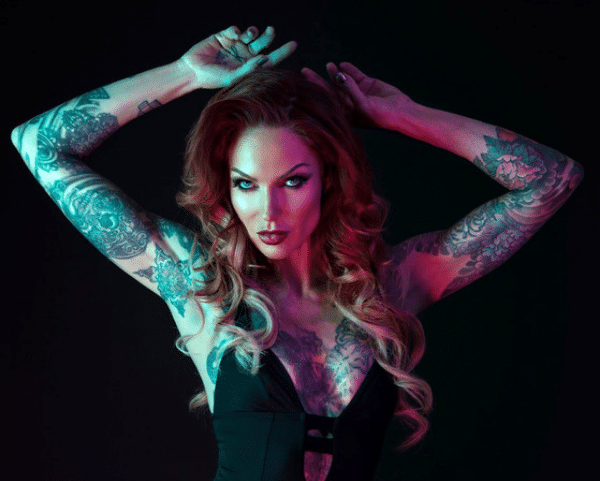 Lea Vendetta is a tattoo artist who was featured in season one of Paramount Network’s ‘Ink Master’. Lea was born in Paris, France, and is an internationally award-winning tattoo artist. Vendetta has been painting professionally since the early 1990s and has been tattooing since 1996. Her work often pays tribute to Paris and her love of the art deco style.

Her paintings have been exhibited in Paris, New York, Los Angeles, and Miami and her tattoo work has been featured in tattoo magazines both nationally and internationally.

Vendetta’s incredible personal tattoo artwork has won her the cover of more than a dozen of tattoo magazines.