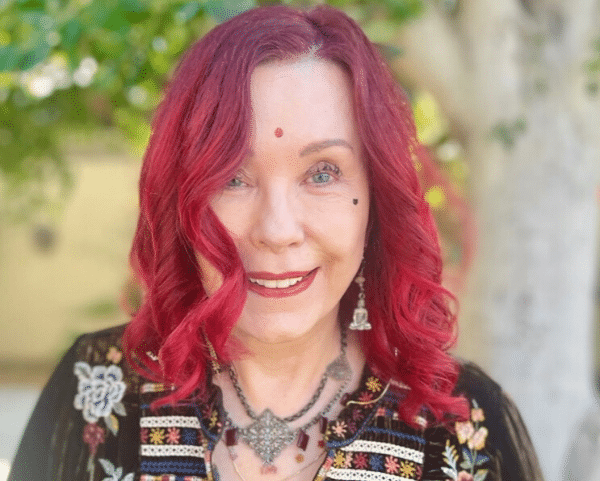 Pamela Des Barres, like the Summer of Love and the Sunset Strip, was born in California. She fell in love with rock ’n’ roll as a little girl in sunny Reseda, swooning along to the dreamy sounds of Elvis and Dion spinning on her turntable. While she was in high school, Pamela’s friend Victor Hayden introduced her to his cousin, the psychedelic pioneer Captain Beefheart, and her odds of living a normal-formal life were obliterated. Eighteen years old, and eight miles high on an intoxicating mix of the Beatles, Bob Dylan, and that burgeoning music scene over the hill, Pamela packed her bags for Hollyweird. It was just a drive through Laurel Canyon, but it was a whole different planet from Reseda.

Pamela spent the rest of the 1960s in rock’s cradle of civilization, meeting, befriending, or dating all of her (and your) musical heroes— The Byrds, the Doors, Buffalo Springfield, The Rolling Stones, Led Zeppelin, Gram Parsons, The Who, and countless others. Once Frank Zappa got to know Pamela and her merry band of freewheelin’ girlfriends, he helped hone them into a performance art and music troupe he called the GTOs (Girls Together Outrageously), famously producing their only studio release, 1969’s cult classic Permanent Damage. Throughout her time opening for The Mothers of Invention with the GTOs, doing handstands in Jim Morrison’s living room, sitting in at protests, accompanying Mick Jagger to Altamont, and nannying for the Zappas, Pamela kept detailed diaries. These priceless primary sources about the birth of Los Angeles as we know it formed the basis for Pamela’s legendary memoir, I’m With the Band: Confessions of a Groupie.

In 1974, Pamela fell in love with glam rock trailblazer (and real-life marquis) Michael Des Barres, whom she would marry in 1978. Together they had a home in Laurel Canyon, a lifetime of adventures, and one brilliant son before their marriage ended in 1991. But like any true soulmates, they remain beloved friends and confidantes to this day.

Pamela Des Barres finally put the unbelievable true story of her life down on paper in 1987, and the rest is rock ’n’ roll history. Her bestselling first book was followed by a series of nonfiction page-turners, including Take Another Little Piece of My Heart: A Groupie Grows up, Let’s Spend the Night Together: Backstage Secrets of Rock Muses and Supergroupies, and Let It Bleed: How to Write a Rockin’ Memoir. Today, Pamela Des Barres is respected as an author, journalist, creative writing instructor, podcaster, and rock historian, and is perhaps the most famous standard-bearer of a term she wears proudly: Groupie.