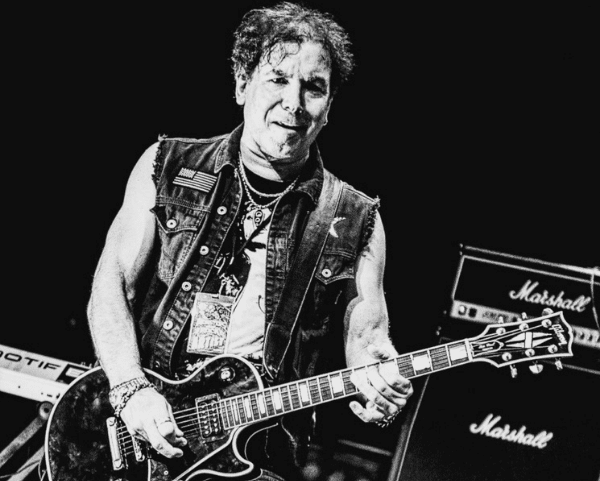 Paul Taylor began his professional career touring on the road with the 1982 rock sensation Aldo Nova. Aldo’s hit song Fantasy went to # 3 on the charts and kept them on the road for a year.  Paul would then go on to play in such bands as Alice Cooper, Winger, Steve Perry (Journey), Cinderella,  John Waite, Tommy Shaw (Styx) and Nick Gilder.

Paul wrote the top 10 hit “Miles Away” for Winger and a top 40 hit “You Better Wait” with Steve Perry for his solo record For The Love Of Strange Medicine of which Paul also wrote 8 other songs.

In 2004 Paul had a #4 Hit in Japan with Japan’s Pop Star Namie Amuro with a song called “Shine More”.

He has written over 200 songs for T.V. including the final Main Title for Sabrina the Teenage Witch.

He has placed songs in such movies as Las Vegas Vacation, Pushing Tin, The Seed Of Chucky, The Forgotten, Bruno, and more.

Paul Is currently living in Nashville and finishing writing a record with Mick Mars of Motley Crue.