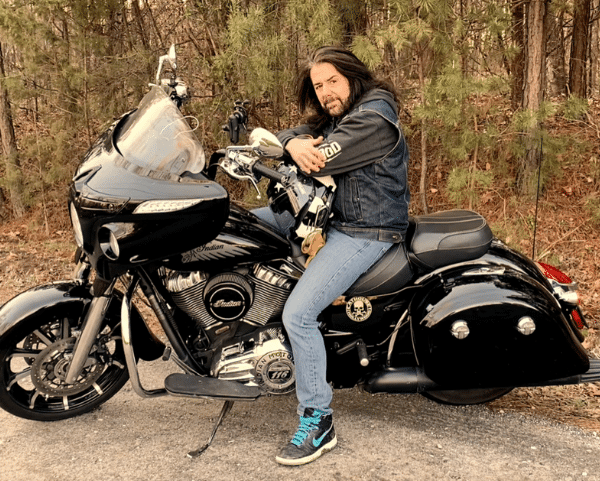 Host Of Headbangers Ball / The Ball

Riki’s history in rock music and media is very well-known. Growing up in California, Riki was deeply entrenched in the burgeoning Hollywood rock scene of the ’80s. In 1986 he, along with partner Taime Downe of Faster Pussycat, opened The Cathouse. What was once a run-down disco quickly became the center of activity for the rock world. Regular clientele for The Cathouse included members of Motley Crue, Aerosmith, and Guns n’ Roses among many others.

Riki’s friendship with Axl Rose would lead him to New York to take over hosting duties for The Headbangers Ball. His hosting stint would include many landmark moments in the show’s history including Alice in Chains at a waterpark, skydiving with Megadeth, and a very memorable interview with Nirvana.

After his time on MTV, Riki Rachtman would break into the radio world via popular Los Angeles show ‘Loveline’ as well as Triple R (Ricky Rachtman Radio) and a tv gig as host of VH1’s ‘Daisy of Love.’

More recently, Riki has stayed busy with his syndicated NASCAR show ‘Racing Rocks’ as well as the Cathouse Hollywood Podcast. He also recently hosted a limited one-off video show ‘The Ball’ on the GimmeMetal app that was extremely well-received. Fingers crossed it leads to more in the future.