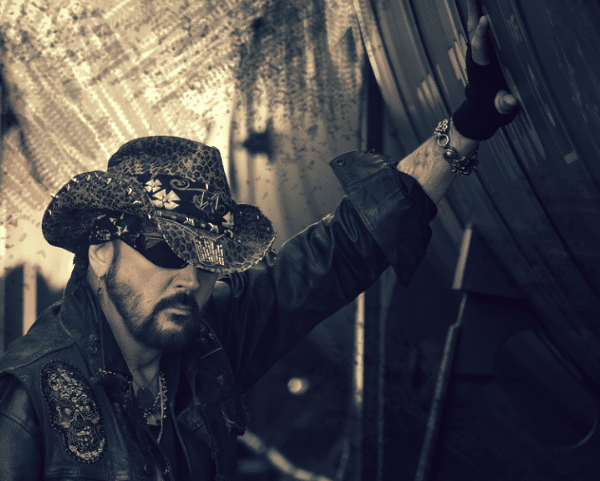 From that first Steeler album to his current work with Ron Keel Band, Ron Keel’s career in entertainment has taken him from the concrete jungles of arena rock to the dirt roads of country music. While selling millions of albums and touring the world as both a heavy metal screamer (KEEL, Steeler, and a brief encounter with Black Sabbath) and a country music artist, Ron’s solo album “Metal Cowboy” combined both genres, establishing a style and a persona which captures the heart and personality of this rock n’ roll outlaw.
​​
​​Now signed to a new multiple-album deal with HighVolMusic, Ron Keel Band has just released “South X South Dakota,” a special collection of southern rock classics by icons like Allman Brothers, Skynyrd, Molly Hatchet, Blackfoot, Outlaws and more – Keelized for our brave new world…
​​
​​Ron’s 2019/2020 World Tour included the Monsters Of Rock Cruise (Belize/Cozumel), Ron’s first-ever tour of Australia, the Frontiers Rock Festival in Milan, Italy, the KISS & Rock N Roll Expo in Helsinki, Finland, casinos, fairs and festivals stateside, KEELFEST (featuring Keel, Ron Keel Band and Steeler) plus major bike events like the Sturgis Rally and Hot Harley Nights.
​​
​​The show features the classics from “South X South Dakota,” all the Keel hits such as “The Right To Rock,” “Because The Night,” “Tears Of Fire” and “Rock N Roll Outlaw.” Ron Keel Band is also booking select “Southern Rock Celebration” shows which focus on that style.
​​
​​Ron Keel continues to host “STREETS OF ROCK N ROLL,” his weekly syndicated show on multiple radio stations worldwide. Guests include Hall Of Fame artists, bestselling authors, and industry insiders; the playlist balances new music with timeless classics: http://ronkeel.com/radio-show.