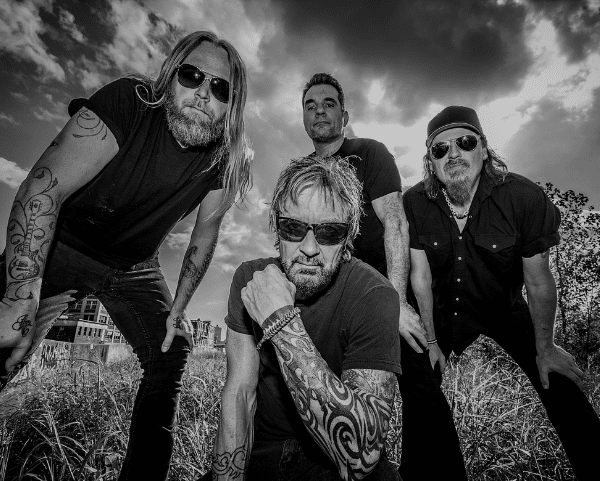 Formed in 1990, Roxy Blue was quickly a force to be reckoned with in the local music scene. Roxy Blue was soon signed to Geffen Records in 1992 by Tom Zutaut (GNR , Tesla , Motley Crue) and Doug Thaler with Top Rock Management (Motley Crue). Their debut album Want Some was produced by Mike Clink (GNR, Whitesnake).

In 2013, three albums were released via FnA Records: Want Some More, Stripped and Live At Nightmoves. The recordings on Want Some More are demos of songs that were going to be for Roxy Blue‘s sophomore album release. The recordings on Stripped are some of the Roxy Blue classics and some unreleased tracks all stripped down to the barebones. Live At Nightmoves is a live recording that represents Roxy Blue‘s last show before the band got signed and went off to Los Angeles to make the classic Want Some? album.