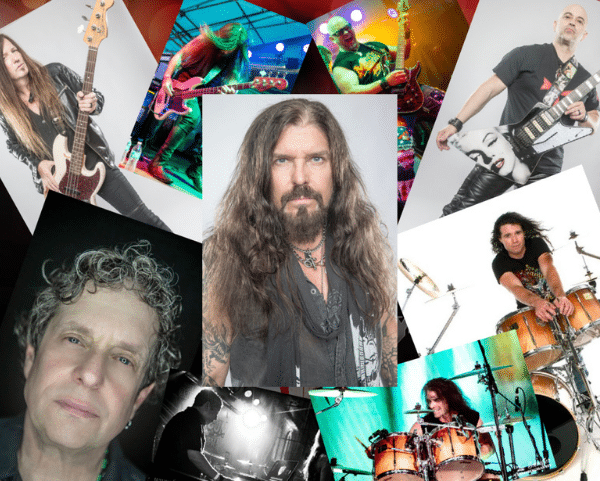 Thunder and lightning. Two words that can be used to describe the incendiary sound that is SteelCity. Thunder by way of a booming, monstrous rhythm section. Lightning in the form of heavy, riff-driven guitars, soaring lead vocals, and lush harmonies. This is hard rock music that truly mesmerizes the listener the very instant they hear it unleashed. Brash yet sophisticated, unapologetic yet still heartwarming, SteelCity provides an unabashed homage to the Golden Age of Hard Rock, harkening back and speaking directly to you, becoming part of the soundtrack of your life.

Initially started as a solo project by founding member, principal songwriter, and guitarist Mike Floros, SteelCIty evolved into the band that it is today. By carefully assembling the most skilled, talented rock musicians available, Mike formed a band that is truly a force in the hard rock world. Enter Roy Cathey, vocalist extraordinaire. As a member of the early 90s sensation Cold Sweat, his Herculean voice has been appreciated by audiences worldwide. Holding down the bottom end is Jason Cornwell. An experienced studio and touring musician, “The Boston Bassman” has shared the stage with luminaries like Eric Martin. Derrick Pontier, formerly of Jack Russell’s Great White, brings the heat from behind the drum kit-adding a daring live style and some serious heavy hitting. Finally, whether it’s a full-on “Deep Purplish” Hammond B3 or elegant accent work, Tony Stahl adds the perfect amount of spice on the keys. His skills add depth and texture to an already blistering, formidable soundtrack.

Since the release of Mach II in 2020, SteelCity has had the great fortune of bringing their guitar-driven, arena rock sound to stages across the USA, as well as live-streaming for the world, the latter courtesy of our friends at Monsters of Rock Cruise. Drawing from their vast array of hard and classic rock influences, Mach II has delivered on its promise of a signature album-one which the band considers a benchmark for future efforts. It has stirred the soul of their fans. Live, the band has always aimed to capture their hearts.