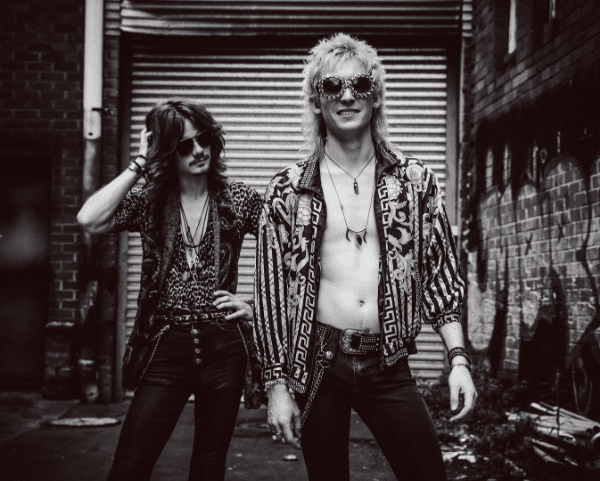 We’re excited to announce that Australian-born rockers KAATO will be joining us at ROCKNPOD!

KAATO is a modern hard rock band with a distinct 1970’s swagger and style. True believers in the power and glory of this music, the group creates ferocious new songs inspired by the best of rock’s Golden Age and performs them with the energy and abandon of emerging young musicians working hard to get their share. KAATO’s new album Slam! is a blast of fresh, stadium-filling rock and roll influenced by masters like Aerosmith, Boston, and Cheap Trick and continues the evolution of the sound those icons brought to the world.

Originally formed in Sydney, Australia, KAATO is now based in Nashville, Tennessee.

Guitarist/vocalist Kurt Lowney and bassist Mika Nuutinen met at the Australian Institute of Music and quickly bonded over a shared love of Classic Rock and the rock and roll lifestyle. After making the move to Nashville they teamed up with lead guitarist Hunter Lovan and drummer Christopher Williams (ACCEPT, Andrew Wk) who have since become an integral part of the band. KAATO was born of a desire to make new, human music written from real hearts and minds and as a rejection of the plastic, shallow pop sound in which the world is currently drowning. New album tracks like “Glamour Queen,” “Addicted,” and “Communication” are an impassioned kick in the teeth to a global music scene that’s fallen into easy imitation and complacency. KAATO is clearly here to play it loud and shake things up. The band has drawn comparisons to The Darkness, The Faces, and David Bowie but exists in its own space and never crosses the line into anyone else’s.

2019 is expected to be a big year for KAATO. The new album Slam! builds on the success of their self titled debut release and tours of Japan and elsewhere are in the works. The band is looking forward to getting out on the road and taking the new record to the people. Industry insiders feel Slam! could break KAATO to a much larger audience and everyone involved is eager to see that happen. KAATO is proof that true rock music is very much alive and thriving. Fans starving for the real thing need to discover KAATO right now, today.

Don’t miss your opportunity to meet KAATO along with members of Stryper, KIX, Saigon Kick, Danzig, Exodus, and many more!

ROCKNPOD takes place August 9-10th at the Nashville Airport Marriott! Preparty concert on 08.09 and Expo on 08.10!