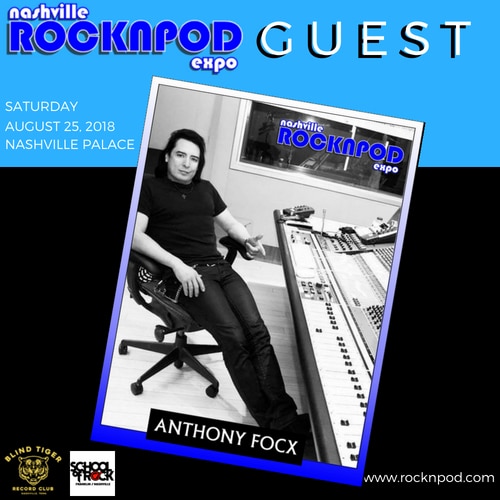 We’re thrilled to announce that Anthony Focx will be a guest at ROCKNPOD! Anthony Focx hails from Los Angeles, CA and has worked with many platinum artists throughout his career as a guitarist and/or audio engineer. Anthony is also the guitarist for the hard rock band Beautiful Creatures (Warner Bros). Anthony is no stranger to the live stage as the band Beautiful Creatures performed on traveling tours such as The Rolling Rock Tour, Ozzfest, and has also opened for KISS and Marilyn Manson. Anthony's studio credits include production work on the following record label projects; Conway Twitty, Patsy Cline, Waylon Jennings, Canned Heat, Daughtry, Aerosmith, Metallica, The Dead Daisies and many more. Anthony has appeared in big screen movies and also had...