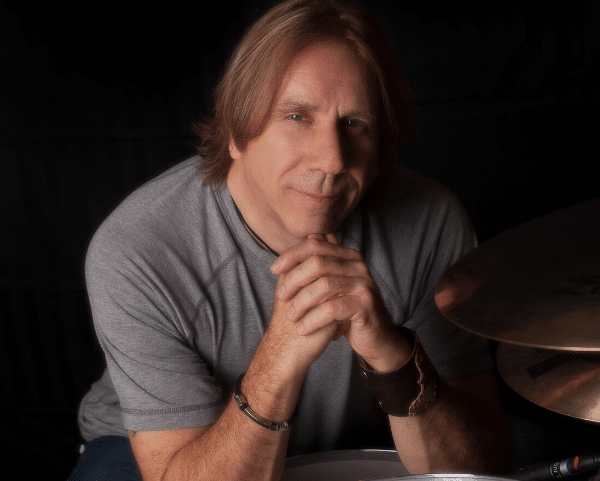 As a drummer, producer, teacher, and activist, Troy’s accomplishments have stretched outside the parameter of his career with Tesla.

Troy was born in Lodi, California and moved to Dublin, California where he spent his childhood growing up. According to family sources, even in his early childhood you would find him heading up a group of young fellow potential musicians to come join and play their instruments of choice while he played a rhythm that seemed to come naturally.

In the beginning of his career as a drummer he played in bands such as Whisper, Benny and the Jets, 415 and the Eric Martin Band. In more recent years Troy’s drums can be heard on the records of Doris Day and Freda Payne’s R&B.

Troy considers one of his highest achievements his drum set work on the Keith Emerson’s critically acclaimed, The Three Fates Project, with Terje Mikkelsen and his Munchner Rundfunkorchester. Although, this orchestrated music was out his of comfort zone it has become one of his most respected work by his piers .

Beginning in 1993, he owned and operated four recording studios under the moniker of TML Studios/Production. He educated himself on Pro Tools. His engineering skills led him to the project, Ronnie Montrose’s Gamma 4.

“It’s all about the song, whether I’m sitting behind a drum set or a mixing console, my goal remains the same, music first.”

A brief break up with Tesla in 1996 compelled Troy to take drum lessons and for a year studied with a Berklee School Grad named Rob Hart. He also studied classical piano in that same year. Troy also taught drums to approximately 25 students.

In 2001 he studied under Dom Moio, a highly skilled Latin-jazz player, by taking a semester at Mesa Community College and learning hand percussion, covering the basics on congas and hand techniques and other Latin instruments. In addition, Troy studied with him at his house and also followed him to his gigs.

In the mist of a busy career Troy has found time to contribute to various charities as a promoter and/or volunteering his talents. In addition he recruited other artists and musicians to play at various benefits. All who have come to know Troy for his warm heart may say “He is a man on a mission when it comes to gathering the troops for support of family and friends in need”. Included in a list of many is the 2008 Station Nightclub Benefit Concert, covered by VH1 and raising approximately $650,000 for the victims and their families of the Station Nightclub fire in Providence, Rhode Island.

Today Troy now exerts his passion and energy, along side with his wife Linda Luccketta, into his own foundation started in 2012, A-Song4Wellness. He resides near Nashville, Tennessee where he continues his plan on building a site that would support A-Song4Wellness goals.

“Life is more than just music and work. It’s about building relationships and affecting people in a positive way.”